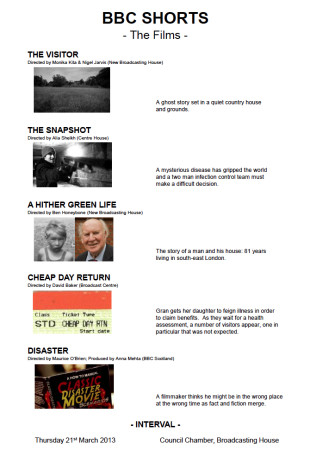 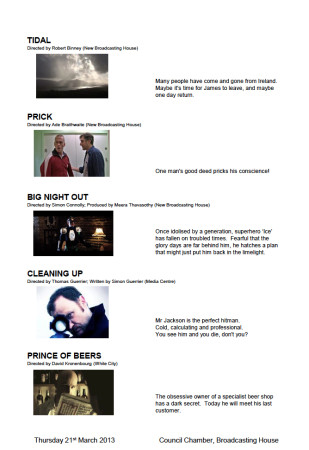 The Visitor film that was made in collaboration with Nigel Jarvis was accepted for the BBC SHOTRS 9, film festival. The screening took place at the Broadcasting House in London on the 21st March 2013 at 6.30pm.

The reception of film was very good and me and Nigel received very positive feedback from other filmmakers. We were also invited to participate in future editions of BBC Shorts.